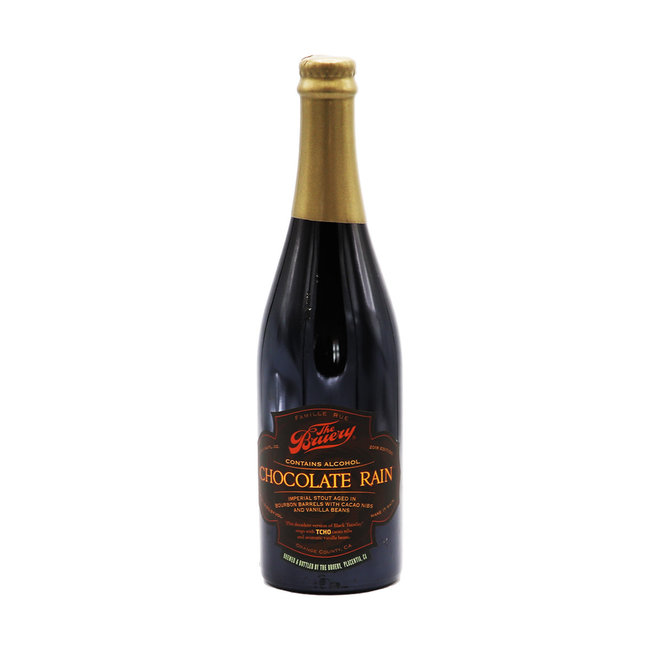 Do you have a question about this product?

Our employee is happy to help you find the right product

Ask a question about this product

Your question has been sent

We will get back to you as soon as possible with the correct answer.

Chocolate Rain began as a single cask of beer at our very first release event for Black Tuesday back in 2009. Now this beer sings and stands on its own. This decadent version of our bourbon barrel-aged imperial stout features cacao nibs from TCHO and fresh vanilla beans. Rich in chocolate, vanilla, oak and bourbon, it truly puts the "imperial" in imperial stout.